Skip to content
Nissi Põhikool > Meie kool > Who we are

Nissi Basic School is a little country school in small borough Riisipere in the county of Harju. It is bordered by beautiful Estonian nature: forests, swamps and bogs. There are 152 students and 23 teachers in Nissi Basic School. In 2017 we are celebrating our school 100th birthday. 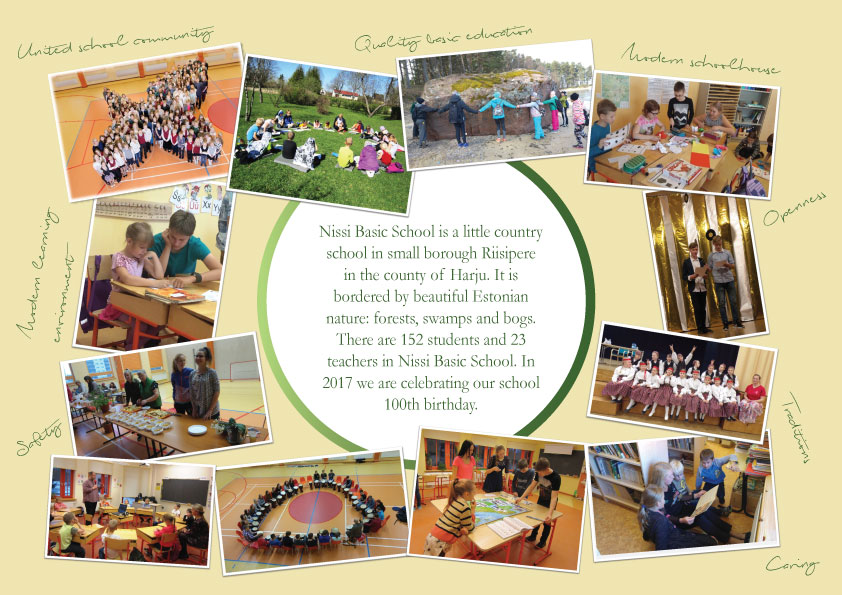 Source: https://estonia.ee/ what is an official virtual gate to Estonia. That website tells our story and presents all the major facts and figures that illustrate who we are and what Estonia is. We hope it inspires you to either visit, enter, join, taste, feel, enjoy or think Estonia. If you would like to know more, please visit Estonia.ee. 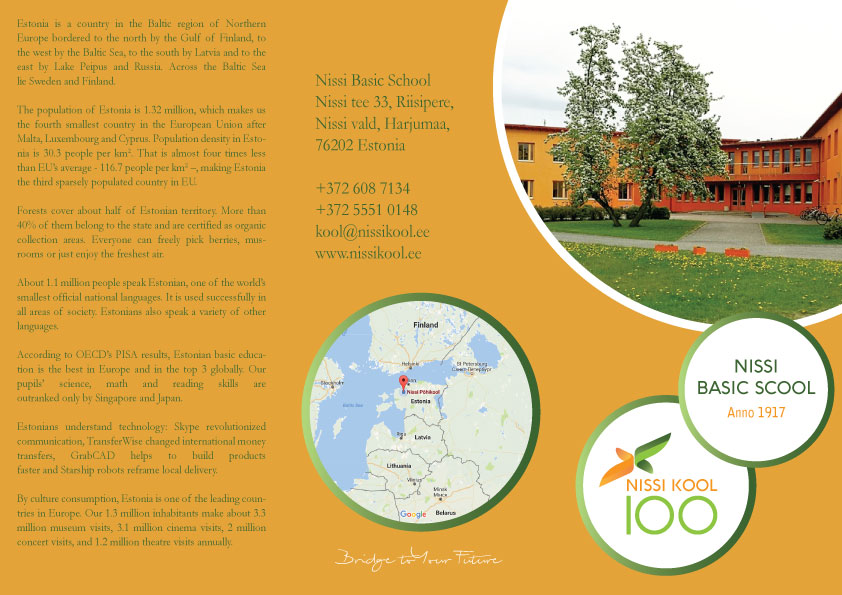 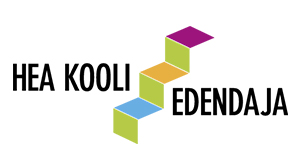